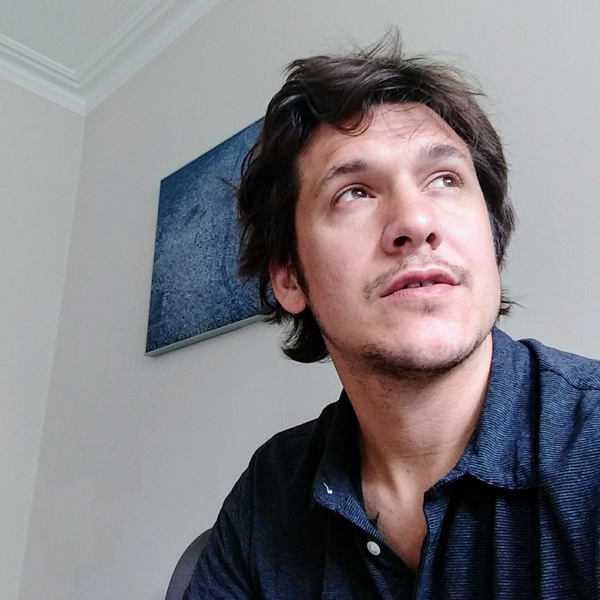 This paper studies how political fragmentation affects government stability. Using a regression-discontinuity design, we show that each additional party with representation in the local parliament increases the probability that the incumbent government is unseated by 5 percentage points. The entry of an additional party affects stability by reducing the probability of a single-party majority and increasing the instability of governments when such a majority is not feasible. We interpret our results in light of a bargaining model of coalition formation featuring government instability.

Mandatory Helmet Use and the Severity of Motorcycle Accidents: No Brainer? (with Magdalena Blanco, José María Cabrera and Alejandro Cid)

We study the impact of mandatory motorcycle helmet use laws on the severity and volume of road accidents in Uruguay by exploiting a change in the enforcement of the traffic law. Using a differences-in-differences design based on an unexpected change in policy, we report a sharp increase in helmet use and a 5 percentage point reduction in the incidence of serious or fatal motorcyclist accidents from a baseline of 11%. The benefits of helmet use are disproportionately borne by groups more likely to experience serious injuries such as males or young drivers. We find no evidence of other responses in terms of either the volume or type of accidents, suggesting motorcyclists' behaviour did not respond to differences in risk. We show that additional costs of enforcement for the relevant government agencies were negligible and estimate the health benefits of the policy.

Credit Constraints and the Composition of Housing Sales. Farewell to First-time Buyers?

During the housing bust of 2008-2009, housing prices and transaction volumes fell across the United Kingdom.While the drop in prices was similar across housing types, transaction volumes fell more for units at the lower end of the market.I document this fact and provide panel and instrumental variable estimates showing its link with tightening credit conditions in England and Wales during 2008.I then use an overlapping-generations framework to relate the change in the composition of sales with the reduction in loan-to-value ratios by itish banks and to derive additional predictions.As down-payment requirements increase, young households with scarce financial resources are priced out by older owners who retain their previous houses as rental properties when trading up.Recent changes in aggregate housing tenure, disaggregated changes in renting, and sales in areas with different age compositions, are consistent with these predictions.The results presented here show how the composition of sales changes over the housing cycle and may inform ongoing policy discussions about reduced access to home-ownership by the young.

The Role of Demand in Land Re-Development

Journal of Urban Economics, May 2020

Several governments throughout the world apply policies aimed to re-mediate and recover vacant or idle land for other uses. This paper provides estimates of the price sensitivity of re-development, a crucial parameter for the success of these policies. My cross-sectional estimates measure how prices affect long-run conversion of unused or underused previously developed land in England. I first present a theoretical framework that links this parameter with the distribution of re-development costs and guides the empirical analysis. In order to solve the classical problem in the estimation of supply elasticities from market outcomes, I exploit school quality information and school admission boundaries to obtain a demand-shifter that is orthogonal to re-development costs. Estimation is conducted using a boundary discontinuity design based on this instrument. Results show that the probability of re-development is effectively sensitive to housing prices. Estimates indicate that a 1% increase in housing prices leads to a 0.07 percentage point reduction in the fraction of hectares containing ownfield land. Back-of-the envelope calculations using these estimates suggest that a large increase of 21% in prices across locations, or an equivalent subsidy, would be required to eliminate most of these vacant or underused land plots.

Distributive Politics inside the City? The Political Economy of Spain's Plan E (with Luca Repetto)

We study distributive politics inside cities by analysing how local governments allocate investment projects to voters across neighbourhoods. In particular, we ask whether politicians use investment to target their own supporters.To this aim, we use detailed geo-located investment data from Plan E, a large fiscal stimulus program carried out in Spain in 2009-2011. Our main empirical strategy is based on a close-elections regression-discontinuity design.In contrast to previous studies - which use aggregate data at the district or municipal level - we exploit spatial variation in both investment and voter support within municipalities and find no evidence of supporter targeting.Complementary results indicate that voters may be responding to investment by increasing turnout.

We ask whether the birthplaces of Italian members of Parliament arefavoured in the allocation of central government transfers. Using apanel of municipalities for the years between 1994 and 2006, we findthat municipal governments of legislators' birth towns receive largertransfers per capita. Exploiting variation in birthplaces induced byparliamentary turnover for estimation, we find that this effect isdriven by legislators who were born in a town outside their district ofelection. As a result, we argue that our findings cannot be aconsequence of re-election incentives, the usual motivation forpork-barrel policies in the literature. Rather, politicians may bepursuing other personal motives. In line with this hypothesis, we findthat the birth town bias essentially disappears when legislativeelections are near. We explore several possible mechanisms behind ourresults by matching parliamentarians to a detailed dataset on locallevel administrators.

We study whether urban density affects the exposure of city dwellers to ambient air pollution using satellite-derived measures of air quality for the contiguous United States. For identification, we rely on an instrumental variable strategy, which induces exogenous variation in density without affecting pollution directly. For this purpose, we use three variables measuring geological characteristics as instruments for density: earthquake risks, soil drainage capacity and the presence of aquifers. We find a positive and statistically significant pollution-density elasticity of 0.13. We also assess the health implications of our findings and find that doubling density in an average city increases annual mortality costs by as much as $630 per capita. Our results suggest that, despite the common claim that denser cities tend to be more environmentally friendly, air pollution exposure is higher in denser cities. This in turn highlights the possible trade-off between reducing global greenhouse gas emissions and preserving environmental quality within cities.

We study how local grocery prices within a city are affected by changes in housing markets. Our empirical strategy exploits an exogenous shift in the spatial distribution of construction activity induced by a large-scale, place-based tax exemption in the city of Montevideo. The estimated elasticity of grocery prices to newly-built residential space lies between -3 and -4%. Using a multi-product model of imperfect competition, we show that this negative effect can result from either an expansion in varieties or firm entry in response to an increase in local demand. We report evidence supporting the varieties channel, with new residential development causing an increase in varieties of groceries available locally, as well as evidence on changes in the composition of stores. Our results have implications for urban planning policy and the broader discussion about winners and losers from neighborhood change.

We study whether female-headed local governments in Spain are more likely to engage in gender sensitive policies such as long-term care support, pre-schooling, or work and family-life balancing services. Using a fuzzy regression discontinuity design estimated on the set of mixed electoral races, we find no evidence that female mayors are more likely to implement these policies at the local level. We do find evidence of differences between parties in the probability of implementing these policies, suggesting that the gender of the politician is less important than their partisan or ideological position when it comes to these policy levers. We interpret these results through a model of political selection in which strong parties can impose their agendas on candidates despite primitive differences in policy preferences across genders.

On the Economic Impacts of Credit Expansion Policies: Evidence from Help to Buy (with Christian Hilber and Xiaolun Yu)

The British government introduced its new flagship housing policy - Help to Buy (HtB)- in 2013. The policy aims to help households, especially first-time buyers, to overcome their credit constraints, stimulate housing construction and increase housing affordability. We exploit spatial discontinuities in the Equity Loan Scheme of HtB as well as differences in the timing of implementation between England and Wales to explore the housing market impacts of the scheme. We find that it substantially increased house prices and had no discernible effect on the construction volume or on aggregate private mortgage lending in the Greater London Area, where housing supply is subject to severe long-run constraints and housing is already extremely unaffordable. HtB did increase construction numbers and did not have a price effect near the English/Welsh border, an area with less binding supply constraints and comparably affordable housing. HtB also led to bunching of newly built units below the price threshold and to smaller new units. We conclude that HtB may be an ineffective policy in already unaffordable areas.

Scars of War: the Local Legacy of WWI Deaths on British Soldiers (with Luca Repetto and Ted Pinchbeck)

We study the local legacy of the WW1 mortality shock and its effects on British soldiers' behaviour in WW2. Using parish-level data, we show that those places suffering more losses in WW1 also experienced more deaths in WW2. For identification, we rely on instrumenting WW1 deaths with predicted deaths constructed by aggregating battalion-level mortality rates.We then turn to individual level data from military records to show that WW2 soldiers born in hard-hit parishes and households are more likely to be awarded gallantry honours and to die in battle in WW2, respectively. We present further evidence that the legacy of the Great War may run through and be amplified by a civic capital channel that is fostered by the process of the remembrance and commemoration of fallen soldiers.

I am a lecturer at the London School of Economics, where I teach courses in urban economics and applied econometrics. My research covers several fields including the economics of housing markets, political economics and urban economics. I obtained my PhD in Economics at CEMFI. I was born and raised in Uruguay, lived in Spain for several years and came to the United Kingdom in 2015.